Does anyone care how hard it is to live with NPD or do you really just see us as animals because you function from a point of lack of understanding?

This is exactly the type of question a narcissist would ask. Totally self-serving and all about them. Lack of understanding? Poor poor narcissist! How misunderstood you are.

Somewhere in your studies about narcissism you read that it’s most likely an incurable disorder. That it’s not your fault. That maybe you had a parent that cultivated you to believe that you didn’t have to live within the structure that most of us in society adhere to. Maybe your mommy didn’t love you enough and you never develop empathy. Or maybe you heard that you suffered a trauma in your childhood. Maybe God came down from the heavens and saw your greatness and gave you his job because he knew that you could do it better than he could.

Whatever the case may be, as a result you became self-entitled and believed that you were given a free pass to hurt, lie, manipulate, deceive, and destroy all others around you for your enjoyment.

The biggest problem with narcissists, and those that refuse to hold narcissists accountable, is that they made a choice to be this way. And I am referring solely to their actions. They may not have empathy, they may not have a conscience, but they most certainly know right from wrong.

Dr. George Simon says it best “ They are aware, They just don’t care!” “They see, They just disagree!” They are just wolves in sheep’s clothing. Giving their prey no more thought than a cat does as it terrorizes the mouse.

They are always aware of what they do and what they say. Every action ,every word is a manipulation to suit their own selfish desires. They see the destruction of their actions but they have disregarded any blame because it makes them feel good. And they are all that matters.

Not having empathy or a conscious did not make them who they are. It just made it easier for them to do the things that they do.

Many of us have suffered horrible, tragic, horror as children and yet we still take responsibility for our own actions. We all come from broken homes and we all have our stories. We just didn’t use that as an excuse to hurt people.

The narcissist is not a unique individual. They’re not special. They’re quite ordinary. They’re so ordinary that once you have knowledge of their tactics you can see them a mile away. That is why so many of us that finally see and gain the knowledge and insight, look back on our times in the relationship and are dumbfounded that we didn’t see. 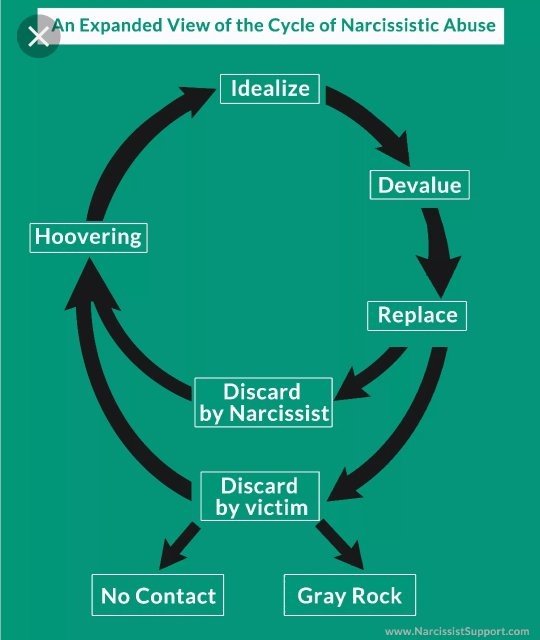 You see we are taught as a child that there are no monsters actually living under our beds or in our closets. But as adults, we learned one very hard truth. Those monsters actually exist and they hide in plain sight. Not under the bed but under the covers laying next to you.

The very fact that we could never even imagine that people like this actually exist made us easy prey. Who could ever imagine someone could pretend to love you, care about you, even marry you, for the sole purpose of hurting and destroying you? Coming to that reality is why it takes people so long to get out of these toxic relationships.

Even after you’re faced with the hard truth you still can’t believe all of this was intentional. They always were aware! They always didn’t care!

So to answer your question :

Does anyone care how hard it is to live with NPD or do you really just see us as animals because you function from a point of lack of understanding?

The answer is simple. No!! Not anymore. It’s ironic that you want us to have empathy for you. When it’s that very thing you find a weakness. It’s our ability to love that you find disgusting. It’s our happiness that you seek to destroy.

We care about as much as you would for a dog with rabies. I’m sorry that the dog has rabies but that dog needs to be put down. Even more so because that dog can’t control itself.

Let me pose these questions to you:

I could go on and on and on. But we all know the answer. No!! That is the reality of the narcissist. They do not care. They never will care. They just move on to their next victim.

Shining light on pathological Narcissism and its impact. View all posts by Ganymede's Adventure